What are Pop Rivets? 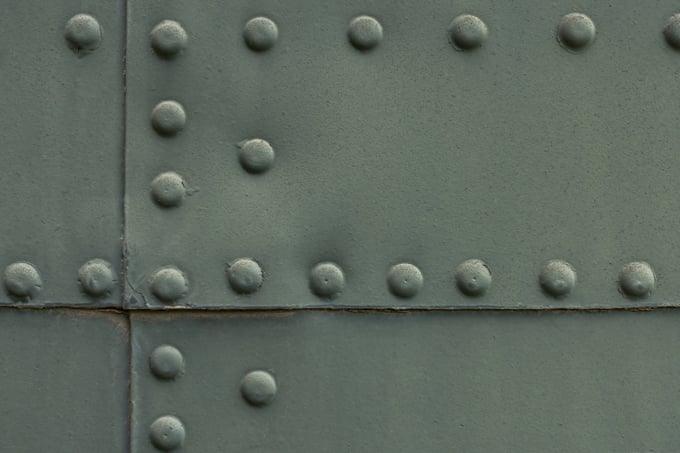 Although the name pop is widely used as a generic term for blind rivets, it is started out as a brand name for a specific style of rivet patented by the George Tucker Eyelet Company, which was acquired by the United Shoe Machinery Co. (USM). USM later became part of Stanley Engineered Fastener, which now owns the POP® trademark.

The history of pop rivets began in the U.K. in the early 20th century. British inventor Hamilton N. Wylie patented a method for installing tubular rivets from one side, rather than the typical method of pounding the metal shaft down while holding a buckboard against the back of the assembly. Wylie’s rivet design used a pull-through mandrel, the end of which then had to be secured by a nut or some other way.

As aircraft designs changed from wood and metal to all-metal fabrication, there was a need for a fastener that could be set from just one side of the workpiece. In the 1920s, Wylie went to work for the Armstrong-Whitworth aircraft company, which later called in the Tucker Eyelet Company to help further develop the blind rivet.

Together, the two companies created a rivet design with a mandrel head that would pop off after the rivet was set. The new fastener was called a pop rivet, after the popping sound heard when the rivet tool broke off the mandrel head inside the shank.

The original rivet tool designed by Wylie was also adapted to set pop rivets. The tool had internal teeth that grabbed the long mandrel, pulling it out and away from the rivet, while the head of the tool held the hollow rivet shaft in place against the workpiece. The two actions worked against each other to provide the tension that deforms and sets the blind side of the rivet. Once it was set, the mandrel tail popped off and was discarded.

Assembling a pop rivet required an operator to place the rivet into the tool by hand, then position the rivet into a pre-drilled hole before squeezing the handle to activate the tool. There are now advanced riveting systems that automatically feed the rivets—increasing production efficiency and reducing the chances of repetitive motion injuries in workers.

Pop fasteners have proven to be extremely popular, because they are fast and easy to use and work well for joining thin sheet metal and composites.

The production of pop rivets for use in aircrafts increased to 3 billion during World War II, and, after the war, applications for pop rivets expanded to automotive, appliance, and metal furniture markets. Significant growth for the company allowed it to build new, dedicated POP® rivet factories in the U.S., as well as in Australia and Japan, as post-war economies expanded.

Over time, many more POP® brand products were engineered for specific applications, including:

Although “pop” is often used as a generic term for blind fasteners and all pop rivets are blind (e.g., can be set from the outside), not all blind rivets are POP® brand rivets.

POP® rivets made by Stanley Engineered Fasteners are now the only U.S.-manufactured blind rivets, providing the highest quality in manufacturing. Design engineers seek out the top brand when looking for consistency, as well as high quality and integrity of the fastener.

Typically, product designers who specify pop rivets are looking for a unique, engineered type. For example, in applications where the head of the rivet will be visible (such as in aircraft), consistency in appearance is important.

In addition, POP® brand fasteners offer a complete design-to-end use assembly approach with support from a network of distributors and in-house engineers/product specialists.

Bay Supply offers many styles, materials, and sizes of POP® brand fasteners, as well as Avdel® fasteners (also manufactured by Stanley) designed for a wide variety of industrial and aerospace applications. We also carry BayFast, our own brand of blind fasteners.

Our specialists can help solve any application or supply problem, helping customers select the optimal style, brand, size and number of rivets required to meet virtually any fastening challenge.

Contact the experts at BaySupply today for help in specifying a pop fastener for your application.