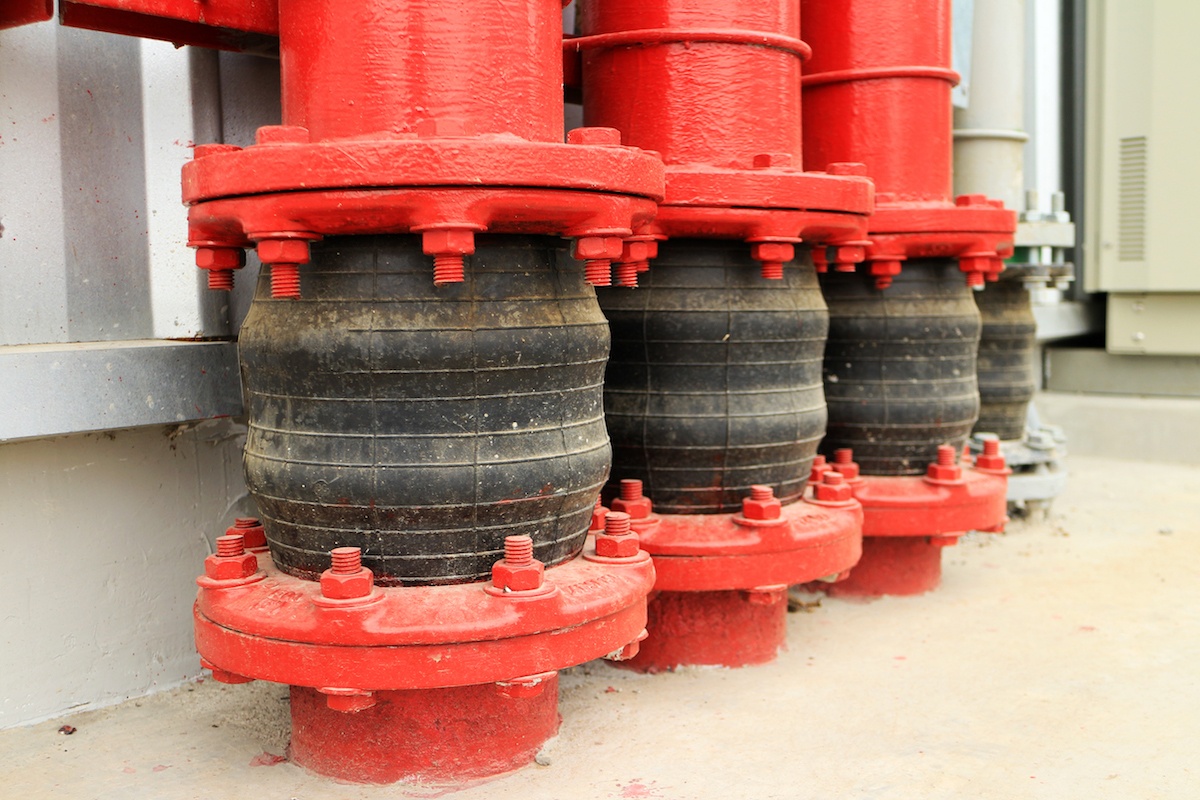 From snowmobiles to rail joints, excavators to farm equipment, vibration can lead to costly—and sometimes dangerous—fastener failures. The key to maintaining installation integrity? The Huck 360® powerbolt, which is the most impressive vibration-resistant fastener on the market today.

The benefit of the nut-and-bolt assembly is that it can be easily removed, but this also means it’s prone to loosening over time. This self-loosening tendency was such a problem that in the 1960s, German engineer Gerhard Junker analyzed the self-loosening tendencies of threaded fasteners under transverse load conditions and high vibration to create the Junker test. The test comprises an apparatus and an internationally accepted method for testing bolted joints under transverse loads.

Fasteners can loosen for a variety of reasons, whether because of corrosion, unbalanced joint loads, poor thread-locking patches, or vibration. Depending on the application, a fastener can be loosed—or even tightened—when exposed to one or more types of vibration, including axial, transverse, orbital, and random. To prevent failure from fasteners that have been exposed to vibration, we recommend using the Huck 360® powerbolt.

As the most unique and advanced fastening system on the market, the Huck 360® absorbs high spike loads and offers a high-strength and vibration-resistant solution that can be quickly and easily installed and removed without any special tools. What’s more, as long as the nut and bolt remain free-spinning after removal, the Huck 360® can be retightened and reused, as long as the application has the same torque requirements as the initial installation.

With superior fatigue strength, the Huck 360® holds securely and tightly under even the most extreme conditions and is engineered to be practically maintenance-free. Even under severe vibration, the Huck 360® eliminates the “gap” around the crest of the bolt, which prevents motion and keeps the assembly securely in place.

Unlike standard nut-and-bolt systems, the Huck 360 eliminates the “gap” around the crest of the bolt. When it’s tightened, the Huck 360 fills the gap and prevents transverse motion between the nut and bolt to secure the assembly. The Huck 360® powerbolt has shallow bolt threads and a special swageable nut material, which means the grooves aren’t rolled as deeply as with a conventional bolt because the effective area of the fastener is widened to increase tensile and fatigue strength. Compare this with the standard nut-and-bolt design, which allows for the quick decay of the clamp load under vibration. In fact, tests have shown that the Huck 360® thread offers five times the fatigue life compared to a standard thread bolt.

The powerbolt is made of low-carbon steel and is available in HuckGuard or Geomet finishes. The nut is slightly softer than the bolt, so when the final turns are applied during tightening, the nut actually conforms to the bolt’s threads, making it even more secure and vibration resistant. The Huck 360® also installs 300 percent faster than traditional nut-and-bolt systems, so your job can be finished in no time with the greatest of ease.

The Huck 360® powerbolt, manufactured by Arconic Fastening Systems, is available in the following sizes:

The Huck 360® system was specifically engineered for environments where high-strength, low-maintenance, vibration-resistant fasteners are needed and low maintenance is required. Additionally, because of the ease and speed of installation, the Huck 360® ensures less downtime during install or repairs. The powerbolt is widely used in countless industries and assemblies, including:

Additionally, the Huck 360® powerbolt is often used for repairs when other fastening methods have failed. For all installations, Huck recommends using hardened washers.

For your next project, request a quote for vibration-resistant fasteners from the experts at BaySupply.com.