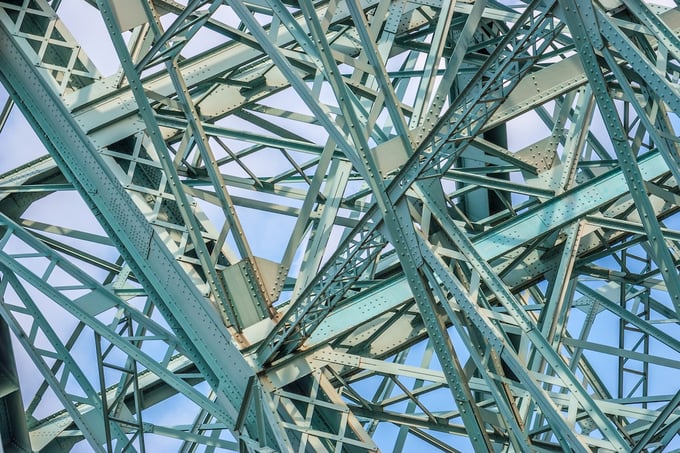 If you’re on the hunt for blind fasteners, chances are you’re trying to find a cost-efficient solution. Unfortunately, the stark contrast between domestic and imported fasteners and something that might look like a good deal on blind rivets could end up costing you in quality—and reputation.

The fastener industry has been alive and well since the 1700s, with design, testing, and manufacturing techniques cataloged from the United States to Japan and everywhere in between. The blind rivet was created in the 1930s, allowing for the installation of fasteners when an opposite side can’t be reached or even seen. Then, at the end of World War II and up until the 1960s, it was a “golden era” of fastener development. But starting just a decade later, things got complicated.

The first official acknowledgement of counterfeit fasteners in the U.S. came in the mid-1980s, but the reality is that subpar imported fasteners made their way into the country as early as the the late 1970s when oil prices escalated. In Japan, engineers saw a way to cut costs and reduce energy consumption by producing fasteners with low-carbon boron steel. As a result, there were dangerous, low-quality fasteners flooding the U.S. and causing countless, irreversible instances of damage.

As far back as 1988, then-U.S. House Representative John Dingell chaired a subcommittee that discovered substandard imported fasteners had spread (literally) everywhere, just waiting to cause potential damage. The report resulted in the disposal of 30 million counterfeit fasteners in military warehouses, the conclusion that 61 aviation accidents had been caused by defective imported fasteners, and more.

Since then, the U.S. has gone to great lengths to establish standards for the design and manufacturing of quality fasteners. The National Institute of Standards and Technology (NIST) maintains Fastener Quality Act (FQ) standards, compiles requirements for fastener companies, and even offers details on ways to report fraudulent organizations. However, countless fasteners still make their way into the U.S. that just don’t match the quality, ingenuity, and standards of domestic fasteners that are compliant with the FQA.

Unfortunately, even with so many regulations in place, most imported fasteners are designed and built using pirated technology that was created and standardized by domestic engineers. The manufacturing processes and specific tooling details that go into manufacturing innovative fasteners, such as blind fasteners, are incredibly complex. If you’re purchasing imported fasteners, chances are you’re not getting a product based on that original engineering. Instead, you’re getting a second-rate product that’s just 'good enough'.

Domestic manufacturers are the origination point for design and production of proprietary fastening products. When these products are copied, it’s unlikely the same development process can occur in detail as it did for the domestic product. This results in an inferior product that lacks consistency and reliability.

When, for economic reasons, a top domestic brand discontinues production for a product with established customer acceptance, these manufacturers often partner with overseas sources to allow ongoing production. Bay leverages its long standing relationships with these manufacturers to continue production and provide readily available inventory under the Bayfast brand.

So how do you spot substandard imported blind fasteners? Price and physical quality are two major indicators. If you find blind fasteners sold on the cheap but made of a typically expensive metal variety, chances are the deal is too good to be true. Physically, the feel and look of the fastener will give away whether it’s a high-quality product or a cheap knockoff. If you’ve heard that fasteners made from imported steel are substandard, there’s more to the story: a blind fastener produced on U.S. soil from imported steel will typically be higher in quality than a blind fastener made internationally with that same steel.

Ultimately, the best way to know you’re getting the highest-quality, most compliant blind rivets is to find a trustworthy supplier. In an industry predicted to surpass more than $15 billion by 2020, it's crucial to find a vendor known for stocking quality blind fasteners from trusted manufacturers. With the right supplier, you’ll avoid hours of research and the endless costs that come with faulty fasteners.